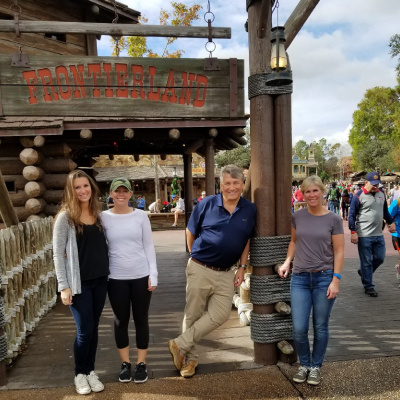 Carl is a former Graduate of the Magic Kingdom College Program at Walt Disney World where he was a Skipper on the Jungle Cruise and an unofficial Ambassador to the World Showcase Fellowship Program in 1982 for the Opening of EPCOT Center. On October 3rd, 1982 Carl and some friends invented “Drinking Around the World.”

In addition to planning countless family trips, Carl has traveled to all the North American Disney and Universal Parks on business outings and special events, during his 25 years as a Sales Leader in the Telecommunications Industry. You can follow his Food Blog “Carl Eats Here” on TripAdvisor.