Fireworks Are Back at Walt Disney World® 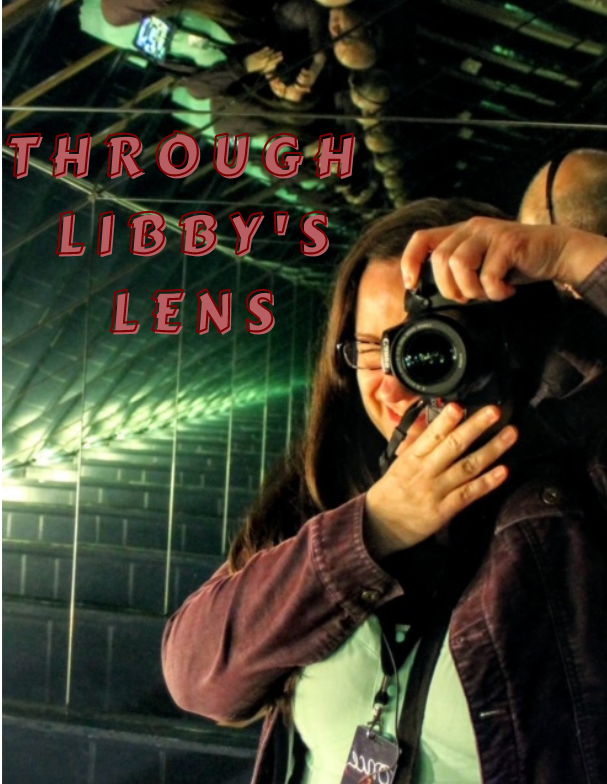 23 Jul Fireworks Are Back at Walt Disney World®

Posted at 16:43h in Magic Vacations by Lee Altpeter
0 Likes

Fireworks returned to Disney at the beginning of this month. Magic Vacations was extended an invitation to come and celebrate the occasion. We sent Libby and another MVP to capture the moment for us. Here is her experience:

Fireworks are finally back at Walt Disney World Resort! Don’t get me wrong, there was still plenty of magic to be found at Disney World during my trips without fireworks in the past year. But, there’s just something about finishing a day in the parks surrounded by friends, family and thousands of strangers and sharing a singular moment together that just always seem to make my visit more magical. For me, there’s nothing better than watching colorful bursts of fireworks being reflected in the water of World Showcase Lagoon at EPCOT or seeing Tinker Bell fly overhead at Magic Kingdom to close out the night. So, when I was offered the chance to go to Orlando with fellow MVP Erin Broadbent to see these awesome shows return to the parks, I definitely jumped at the opportunity.

Our night at EPCOT started off with a dessert party at Akershus Restaurant in the Norway pavilion. Originally slated to take place outside at the Italy pavilion, there was a last minute venue change due to the rain. We didn’t let that dampen our spirits though. We snacked on tasty EPCOT-themed treats like Figment Chocolate Mousse, Living With The Land Carrot Cake, Spaceship Earth Cream Puffs and Soarin’ Macarons before heading out into the rain to catch EPCOT Forever from the Italy pavilion. I think the rain definitely helped to hide my tears of joy at finally getting to see Disney fireworks again for the first time in over a year. 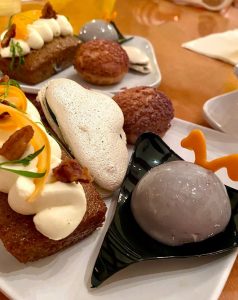 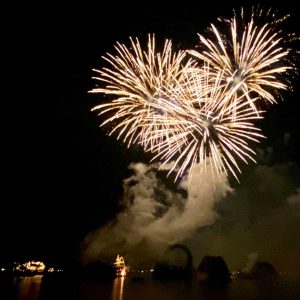 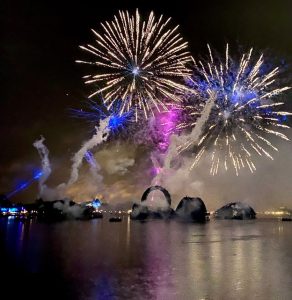 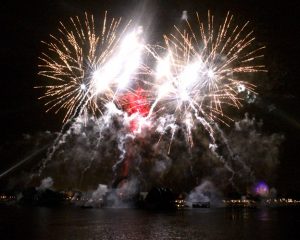 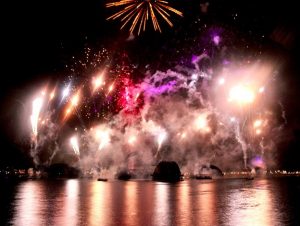 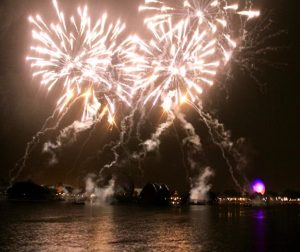 As much as I love the EPCOT fireworks, for me, they don’t hold a candle to Happily Ever After at Magic Kingdom. The combination of fireworks, music and lighting, plus stunning animation projected onto Cinderella Castle always blows me away. So, I was thrilled when the rainy afternoon turned into a dry and pleasant evening for our night of desserts and fireworks at Magic Kingdom.

We were treated to delicious desserts like How Far I’ll Go Cheesecake, I See The Light Passion Fruit Panna Cotta, Fireworks at the Castle Brownie Bites, Happily Ever After Chocolate-covered Strawberries, plus a selection of frozen treats, including Mickey premium ice cream bars, before settling into our seats (yes, seats!) under the slightly air-conditioned cover of Tomorrowland Terrace. In the past they have offered these dessert parties as an additional add-on item. I’ll admit, I never really thought they would be worth the added cost, but for a nice covered spot away from the crowds and somewhat protected from the elements PLUS yummy treats and drinks, they’re definitely looking better and better to me. Also, you get a seat! Definitely a nice perk after a long day of walking around the parks. 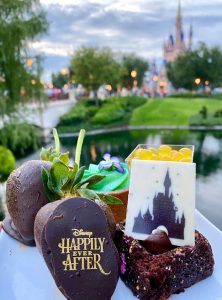 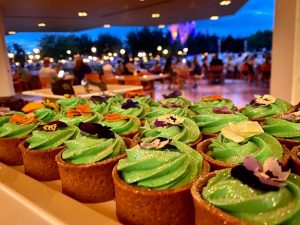 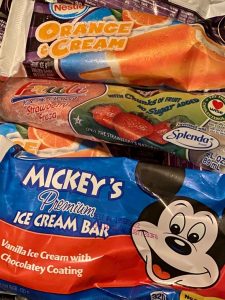 At first, I was somewhat skeptical of how the show would look from there (I personally love watching the fireworks directly in front of the castle in order to get the full effect with the lights and projections), but once we found a spot and settled in, I was really pleased with the view, which included a nice spot with the water near Tomorrowland that provided some cool reflections during the show. I definitely got a little emotional seeing Tinker Bell soar directly overhead during her flight from the castle. And, since there was no rain to hide my tears that night, everyone got to see me crying like a baby! You know what though? I don’t care! I just really love Disney fireworks and am so happy they have finally returned. 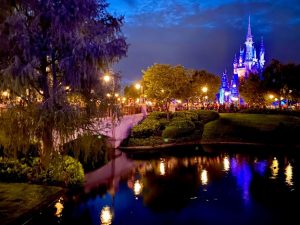 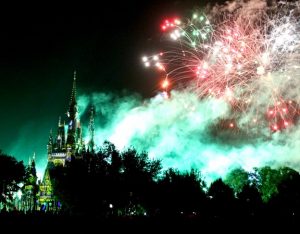 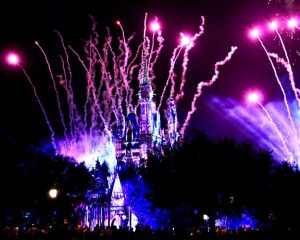 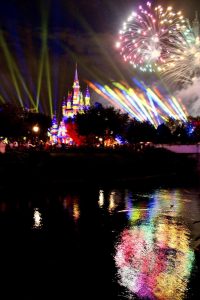 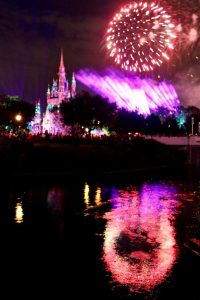 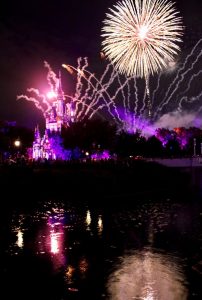 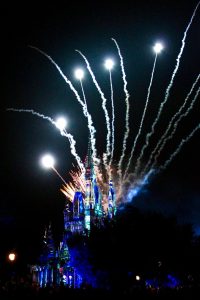 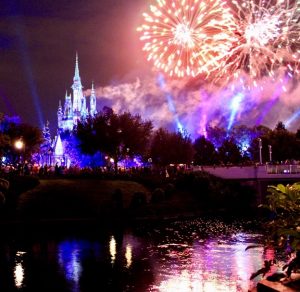 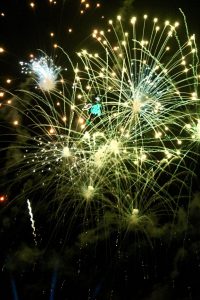 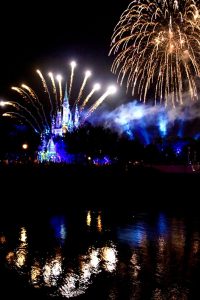 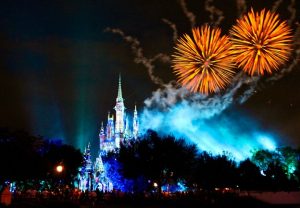 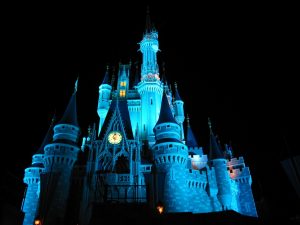