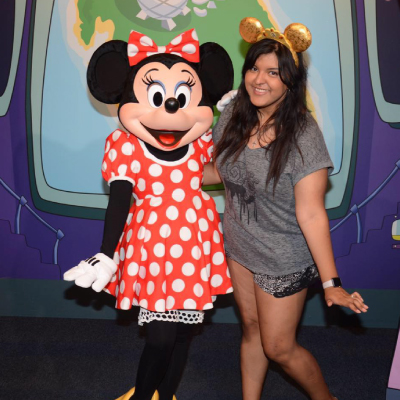 My Name is Aundria! I’m a Texas native who is OBSESSED with all things Disney (including Star Wars and Marvel). I was 2-years-old during first visit to Walt Disney World and even younger on my first trip to Disneyland! Since then I do anything I can to find my way back to the most magical place on Earth. Growing up my family was blessed enough to visit several times.

My love for this happy place only grew in 2012 when I became a member of the Disney College Program where I worked at Hollywood Studios passing out strollers, restocking cookware, and pin trading. During my off time I explored the parks, hotels, dined at amazing restaurants and ventured to Universal Studios to satisfy my love for Harry Potter.

Since my college program I’ve planned and visited Walt Disney World, Universal Studios, and Disneyland for large and small family vacations, girl trips, couple trips, and solo trips. Walt Disney once said “You can design and create, and build the most wonderful place in the world. But it takes people to make the dream a reality.” and I’m beyond thrilled to help share the magic again!